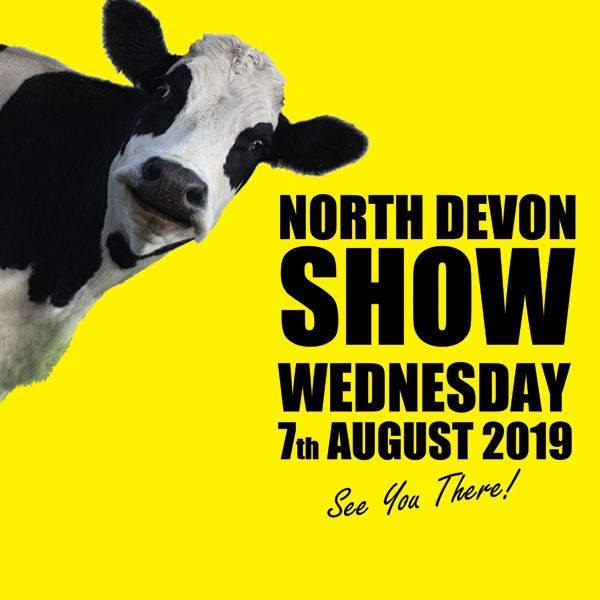 e-tickets are now on sale for this year’s North Devon Show, which organisers say should help fast track visitors’ entry to the showground at Umberleigh for the one-day agricultural show on Wednesday 7 August. e-tickets also offer a discounted price.

“We’re really excited about the changes to our ticketing for this year’s show,” said show secretary Theresa Soanes. “Our staff will have electronic scan readers and so instead of people queuing at the ticket office, everyone will now come straight to the gates. People who’ve bought advance tickets will be scanned in quickly and those who pay on the gate should now also get inside quicker.”

E-tickets can be bought via the North Devon Show web site and an email will be sent as a confirmation of purchase. Inside the email will be a QR code which can either be printed out in advance or opened on a mobile phone to be scanned at the gate. Tickets can also be bought from certain shops and tourist information centres across North Devon – see list – also with a one pound discount.

Theresa added: “The show continues to improve each year as we offer more fun and activities for all the family so it was the right thing to do to update our ticketing system. But we know not everyone can buy online so we’ve made sure outlets across the district are selling tickets at the same low price as on the internet.”

Entry to the show costs £15 for adults and just £3 for children in advance with a great value family ticket of £34 for two adults and three children. Prices for online tickets bought less than 48 hours before the show and on the day at the showground are one pound higher.

The entry fee for the North Devon Show includes lots of things to do including going to the circus, which returns this year after proving so successful last year. Organisers have introduced an education and animal petting zone where children can get up close to a range of animals including miniature donkeys, valais black nose sheep, alpacas and lots more. In the countryside area you can try your skills at clay laser shooting with no extra charge as well as watching ferret racing, fly casting and archery.

The success of the music stage 12 months ago has led to an expanded arena and the number of performers increased with the stage moving to be central to the showground, closer to the food and drink tents.

• Business Action will be exciting at the North Devon Show on the Need it Find it stand in the Arcade.