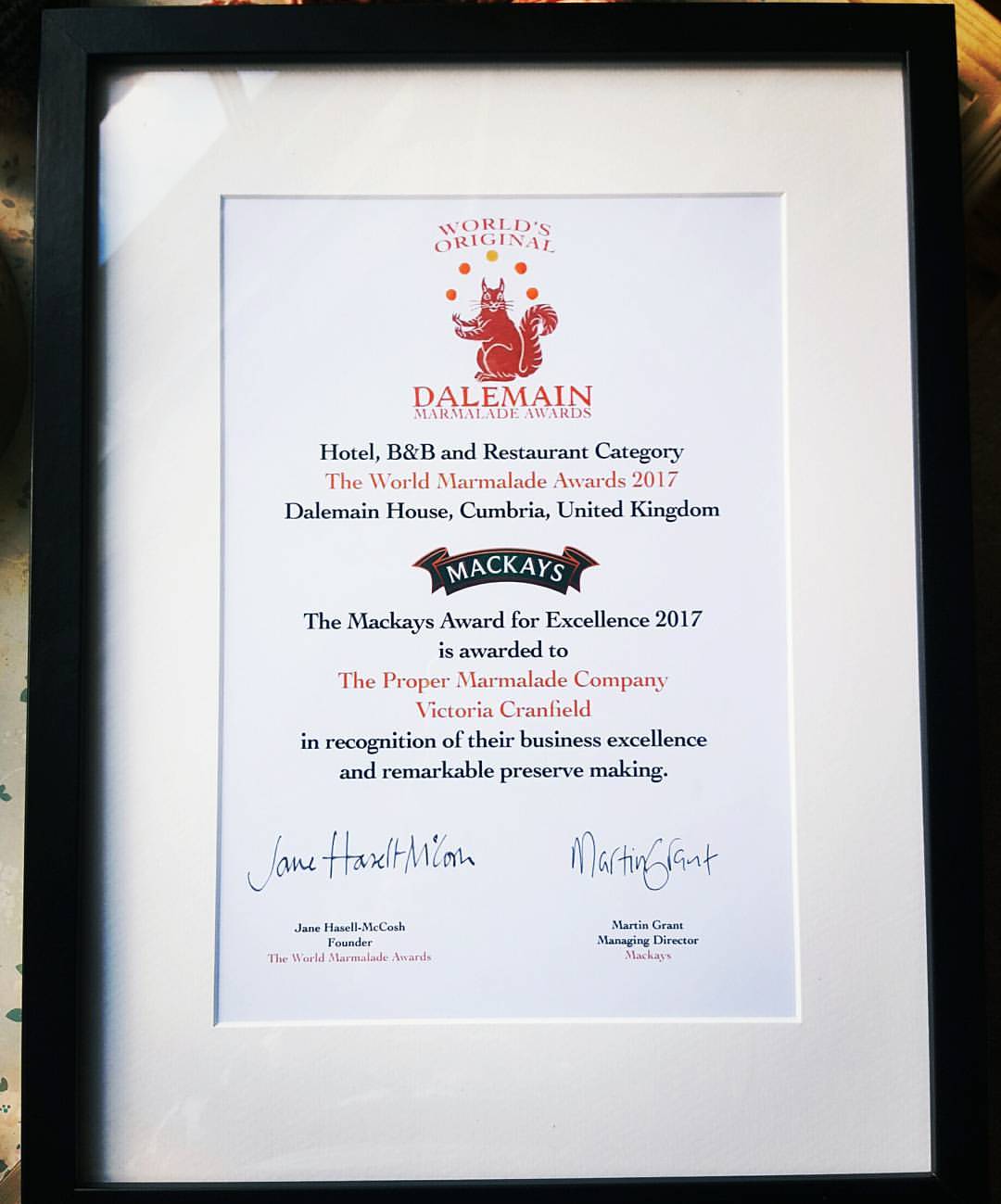 The Proper Marmalade Company, based in Ilfracombe, North Devon, is celebrating after collecting a huge haul of awards at the 2017 World’s Original Marmalade Awards held at Dalemain House and Gardens in Penrith, Cumbria.

Longstanding awards patron Mackays of Dundee were delighted to present a new accolade, the ‘Mackays Award for Artisan Excellence’, to the small producer who demonstrated the highest quality of production, presentation and manufacturing. This was awarded to the Proper Marmalade Company.

Martin Grant, managing director of Mackays, said: “Well done to all the winners of this year’s World Marmalade Awards 2017. It’s been another successful year of marmalade making which Mackays is so proud to be a part of yet again. I would like to take this opportunity to personally congratulate Victoria Cranfield of the Proper Marmalade Company, the first winner of the ‘Mackays Award for Artisan Excellence’. You really have set the bar high for future contestants.”